I just read a couple of articles in Alpaca Culture Magazine on using alpacas for meat.  One article contained reasons why it wasn’t a good idea and the other stated reasons why it was a valid course of action.  Both articles had good points.  It made me think, so I decided I’d express myself here on the subject.

The ‘meat’ subject is very controversial in the alpaca industry.  People on both sides of the issue have strong opinions.  My reaction when I first heard about it was horror.  Eat these adorable, soft creatures when you could use their fleece and let them live long, happy lives??  But over time I came to see the reasoning behind using some of them for consumption.  It is, bottom line, a personal decision for each farmer to make.

When I was in my horror stage, Dick did not feel that way.  “I don’t think there’s anything wrong with it.”  But when I asked if he would eat Leroy Brown, one of his favorite fiber boys, he said he really wouldn’t want to.  Ok, so there’s nothing wrong with other people doing it, but he doesn’t really want to do it.  That’s where I am at now. 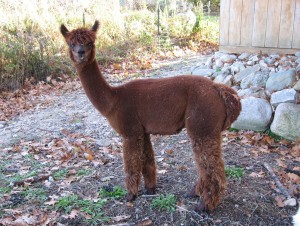 Since we started in the alpaca business, I have been breeding for fine fiber that can be worn against the skin.  When I see an alpaca, I see the yarn that can come from it.  We never bred alpacas to show them.  Yes, we do show fleeces and attend one halter show a year, but that was never the goal.  So maybe that is why I had such a first strong reaction to the idea of using them for meat.  I still get a gut reaction when I think of the animals that Cas Cad Nac culls.  I’m sure I’d just love the yarn from those animals!  But there aren’t enough fiber farms to support the breeders’ excess alpacas.  My thought is that it is the lack of the establishment of a good fiber market that has led us to the meat market.  It is a viable option for farms that need to cut expenses and who want to continue to have new crias every year. 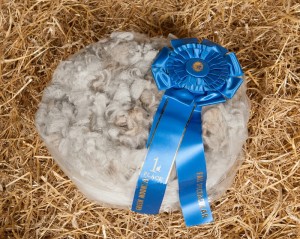 We aren’t breeding anymore and have morphed into a fiber farm.  We use our fleeces to bring in revenue, but don’t depend on our alpacas to support us.  If we were younger, we would probably continue to breed, especially since we are losing alpacas now to old age and illness.  But we, like many older alpaca farmers, want to downsize.  But not enough to eat them…

We do have fun with the dye pot too

We lost two alpacas this Spring, and both have fiber out at the mill being processed into yarn.  Caraz was eighteen at her last shearing and her yarn, blended with our fine girl MoonDance, is very nice.  Those import guys knew good alpacas when they screened Caraz.  Gambler, who was only nine when he died, had strong primaries that caused the New England Alpaca Fiber Pool to downgrade his fleece.  But it felt so soft when I skirted it, that I sent his fiber to Sallies Fen Fiber Mill and the bulky yarn was wonderful.  I’m not sure what happened to the primaries, because there was none visible in the yarn.  I knit a cowl from his yarn and was very pleased that it didn’t itch at all!  (I’m so glad I have that cowl, now that he’s gone.)  Are all of our alpacas soft enough for good yarn?  No, of course some of them are coarser than others.  But the Pool has uses for their fleeces, so we send them there.  For us, using the fleece is what we want to do with our alpacas.  Each farmer decides for themselves what they want from their animals.  We all should be accepting of each others’ choices.

Leroy, you can rest easy.  No dinner plate for you…